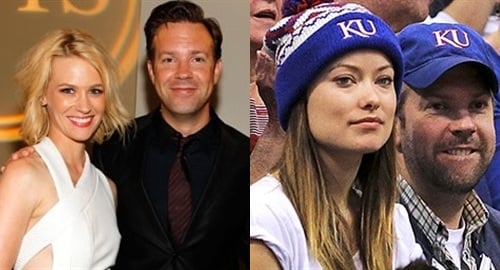 Jason Sudeikis is goofy looking and untalented, yet he has banged some of heathen Hollywood’s choicest pieces of ass including Scarlett Johansson, Eva Mendes, January Jones, and current girlfriend Olivia Wilde.

How has this nothing of a man pulled off such an impressive (by infidel standards) feat? Is he secretly a Muslim? Certainly that would explain his success with the ladies.

After consulting with the wisest clerics it has been determined that Jason Sudeikis is no Muslim, but that Jason’s secret then must be that his penis is made out of chocolate and it ejaculates diamonds.