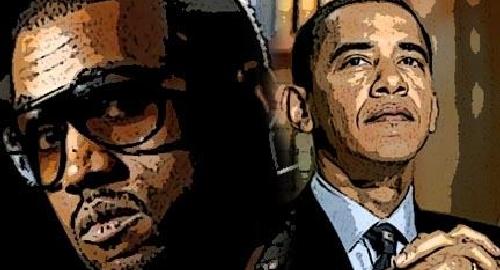 The audio was recorded just before Obama went on camera to do an interview with CNBC. Before the interview began, Obama was asked about Kanye and said “I thought that was really inappropriate,” then added, “He’s a jackass.”

Here is that audio:

But Obama was not done there. While reporters kept recording Obama proceeded to go all “hood” as he let loose a string of profanities and racial slurs towards the rapper. Repeatedly calling Kanye a “house n-word”.

We have the exclusive audio of that tirade here: